One of the most useful skills in the skeptical repertoire is the ability of identify logical fallacies. A logical fallacy is an error in reasoning that is not supported by logic. They generally take the form of a non-sequitur, an argument with a conclusion that does not follow from the premise. It is important for skeptics to recognise fallacious arguments not only so that we can know when people are making invalid arguments based on flawed logic, but also so that we don’t fall into the trap of making such errors ourselves. Following is a list of 27 of the most common logical fallacies you may come across:
Read more »
Posted by Jessica at 17:11 2 comments:

Can Supermoons Affect Earthquakes? A Look at the Evidence Coined by astrologer Richard Nolle, a supermoon is a nearly new or full moon that reaches the closest 10% of its Earth-Moon distance range during perigee (the closest point to Earth throughout the Moon’s orbital cycle). This phenomenon occurs approximately 5 times a year. Nolle has long been the sole perpetrator of the “supermoon effect” theory, arguing that the Earth is particularly subject to the Moon’s gravitational effects around the time of a supermoon such that it may contribute to an increased incidence of natural disasters within +/- 3 days of the supermoon…until the disaster in Japan struck. 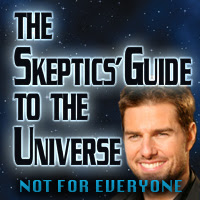